Alternative energy goals in Ohio put on hold by government 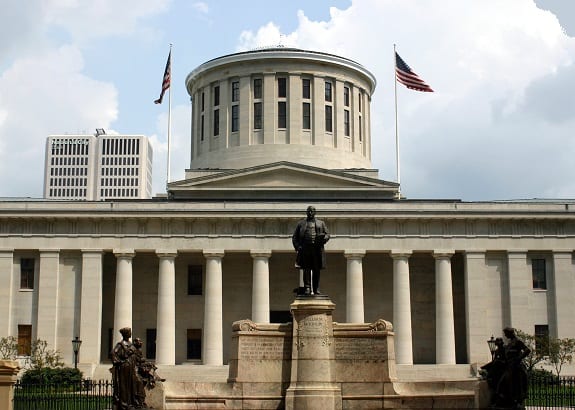 After a compromise regarding a closely watched Senate bill was accepted last week, a panel of legislators will be studying the impact of the state’s alternative energy targets, which will stall renewable energy plans for two years.

Mandates for Ohio utilities to utilize energy technology has been a subject of hot debate.

Since 2008, when the state first gave the go ahead for renewable energy sources, like wind energy, solar energy and biofuels, there have been ongoing disputes.

Those in support of clean power believe that having these green goals will encourage alternatives to fossil fuels that are not only more environmentally friendly, but will also lead to the creation of jobs in the expanding alternative energy field. However, those who oppose the green advancements say that these changes will cause the average consumer of electricity to have to pay more for power and the consumer will not have any choice but to pay the higher cost.

The Senate Public Utilities Committee responded to the extensive criticism of these targets, which also includes critics from the Kasich administration. The Senate said that it would back off efforts to repeal green energy production mandates. This is not the first time attempts to turn back requirements have been unsuccessful.

If approved, the revised bill will allow the standards to phase in as planned, as long as lawmakers do not act on recommendations made by the 12-member study panel after the two years have expired. The panel is to be made up of six senators and six representatives and as many as four from each chamber of a solitary political party.

More than 12 percent of energy produced by utilities is required to be from alternative energy sources.

As it stands now, by 2025, utilities will be required by law to generate 12.5 percent of their electricity from renewable sources and 12.5 percent from advanced sources. After the latest revision to the bill that occurred last week, this phase-in will finish in 2027 in order to accommodate the two year hold off.

Under the adjusted bill, utilities are no longer required to obtain half of their renewable power resources from in-state facilities, but they will be required to inform their customers about the alternative energy costs.