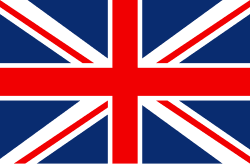 IBM, one of the largest technology companies in the world, has partnered with the United Kingdom Defense Infrastructure Organization, a sub-agency of the Ministry of Defense. This agency is responsible for built and rural estates throughout the country and provides estates with maintenance and construction services, The agency is also responsible for sustainability issues for the estates that it oversees. Through its partnership with IBM, the agency aims to address some sustainability issues within the realm of construction.

New technology will help with green construction and energy efficiency

IBM will provide the agency with smart building software and services. This will help the Defense Infrastructure Organization develop more environmentally friendly buildings and make better use of materials. IBM expects that the use of its software and services will help reduce the cost of construction association with new buildings, as well as increase the energy efficiency of these buildings. The technology from IBM will also replace outdated software for the Ministry of Defense, thus helping numerous agencies operate more effectively.

Alternative energy grows in the UK