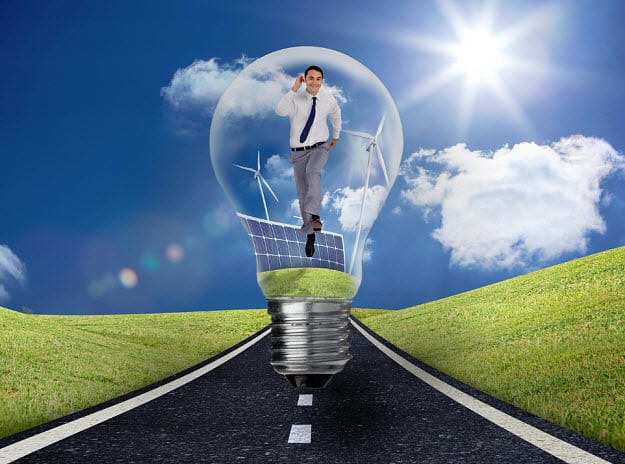 Solar-powered roads may sound like science fiction, but they may soon become a reality. Scott and Julie Brusaw are the two that may actually make this reality happen. The two have come up with a way to turn U.S. roadways into solar energy producers. While the two have been working with the federal government to some degree over the past several years, they have taken their concept to Indiegogo, where they are seeking funding for the next phase of their ambitious project.

The project is called Solar Roadways and aims to install solar panels on roads, parking lots, driveways, and even playgrounds. The panels would generate electrical power that would be used for various purposes, including heating elements that are designed to keep roads ice-free and LEDs that are meant to illuminate signs. Surplus energy could also be sent off so that it could be used for water treatment or a variety of other initiatives.

The solar panels that would be used are comprised of hexagonal segments that can withstand some 250,000 pounds, making them durable enough to be used as a surface for most vehicles. The interconnected nature of these segments would allow any faults in the system to be immediately noticed. The way the solar-powered road would be constructed would also help form the backbone of a high-speed data network, making room on the country’s roadways specifically for data cables and other equipment.

The project is seeking $1 million in funding through Indiegogo and has raised approximately $85,000 of that goal. A nationwide solar-powered road network may be a lofty goal that will prove difficult to achieve. The project has managed to acquire some strong interest from many people, but whether or not such an endeavor is actually feasible is impossible to say for sure at this time.