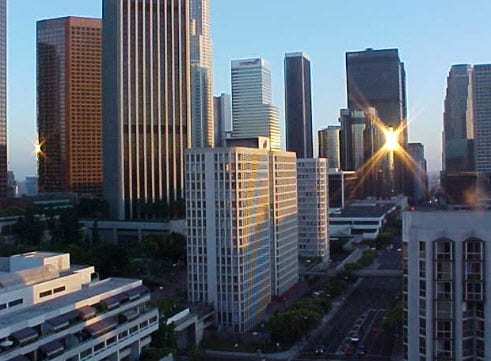 California has been a strong advocate for sustainability and clean power over the years. The state often appears in alternative energy news headlines for various reasons, but solar energy has become emblematic of California and it is solar power that often wins the state attention in the realm of sustainability. The state’s ambitious feed-in tariff initiative is expected to increase the popularity of solar energy in Los Angeles, which could soon become a bastion of sustainability due to the fact that the city’s many buildings could serve as ideal locations for solar panels.

Late last week, the first solar energy system to be supported by the city’s feed-in tariff initiative was officially activated atop an apartment building in North Hollywood. This system will supply electrical power to the apartment building, with any excess energy being purchased by the Los Angeles Department of Water and Power. The system was officially activated by Mayor Antonio Villaragosa and Ron Nichols, General Manager of the Department of Water and Power.

The Department of Water and Power currently manages the solar energy feed-in tariff and has high hopes for the initiative and its role in promoting the growth of solar power. The agency made alternative energy news headlines some time ago when it announced that the feed-in tariff would award 17 cents per kilowatt-hour to eligible solar energy systems that are installed on rooftops in Los Angeles. This initiative was based on a similar program that was launched in Germany.