E.coli Bacteria could one day be a renewable energy source.

The quest for alternative fuel sources to fossil fuels that are cleaner, more environmentally friendly and are renewable, has been one that researchers have been embarking on for years, and now a team of Finnish and British researchers have discovered a way to modify E.coli bacteria and potentially transform it into propane.

Propane is a cleaner fuel source to fossil fuels.

The modification method the team of researchers from Imperial College London and the University of Turku in Finland have used on E.Coli bacteria, has managed to interrupt the cellular process that transforms fatty acids into cell membranes. As a result, they have managed to extract butyric acid, an unpleasant smelling compound and precursor to propane.

Not only is propane a cleaner form of fuel compared to fossil fuels, but, unlike many other alternative fuel sources presently available, propane readily burns and does not require additional energy to turn it into fuel. Furthermore, it does not take much energy to turn it into liquid and it can be stored in a liquid state. It is also easy to transport, which makes it practical for commercial and industrial use. 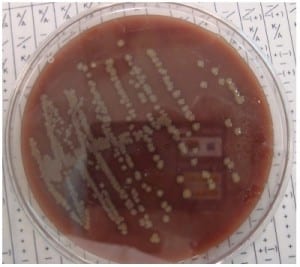 Previously, the reason why propane has not been a viable alternative source of fuel is that it could only be derived as a by-product from petrol refining or natural gas processing, and both of these resources a limited.

This latest research could be a big step toward producing a renewal alternative fuel source.

While there are still many hurdles to overcome before this process could be ready for the market, this is the first time that researchers have had the ability to build a synthetic metabolic pathway for generating renewable propane. What makes it even more significant is that researchers are not only finding ways to produce new energy sources but are finding renewable ways for creating cleaner fuels that already exist.

This same idea of generating alternative fuel sources could be utilized to produce photosynthetic bacteria, which could enable the production of solar energy without requiring solar panels. This latest research regarding E.Coli bacteria and propane will be published this month in the journal Nature Communications.