Alternative fuels will be taxed in Wyoming

Wyoming consumers who drive vehicles powered by alternative fuels, like biodiesel and ethanol, will soon have to pay the same fuel taxes as those who fuel up with gasoline and diesel, as a new bill recently signed into law by the state’s governor, Gov. Matthew H. Mead, will impose a tax on these greener fuels, which is set to take effect this summer.

The 24 cents per gallon tax is the same rate traditional fuels are taxed.

However, it is not only biodiesel and ethanol that have been targeted. Under the new law, many alternative fuels will be taxed, including compressed natural gas. Divers of these alternative fuel vehicles can expect to pay the same 24 cents per gallon tax rate that gasoline and diesel fuel drivers are charged.

The new tax will be collected through the same method that is presently used for gas and diesel tax. The tax will be incorporated into the stations sale price and the state will be paid every month. That being said, just as gasoline tax does not apply to off-highway fuel consumers, nor will the alternative fuel tax. 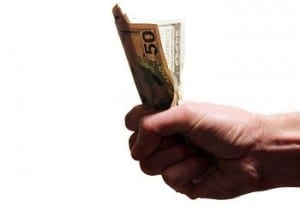 The bill met little opposition and passed pretty swiftly through the Legislature. According to Seth Waggener, a communications consultant with the governor’s office, “The cost of maintenance and upkeep of Wyoming’s highways should be shared by all users.” Waggener told Biodiesel Magazine that “The governor believes this bill accomplishes this objective.”

This new law could be bad news for biodiesel and other alternative fuels industries.

In general, it does make sense for all consumers to be charged the same tax if they are going to use the same highways, regardless of the fuel they use, as these taxes pay for the upkeep of these roads. On the other hand, such a tax could make it harder to convince consumers to trade in their conventional vehicles for greener models.

For instance, federal policy uncertainty is causing the U.S. biodiesel industry considerable challenges. As a result, to keep many of these biodiesel producers in business, many states have created programs and incentives to encourage consumers to go green. Therefore, laws like the one Wyoming has just passed are likely to only make things more difficult for the industry.