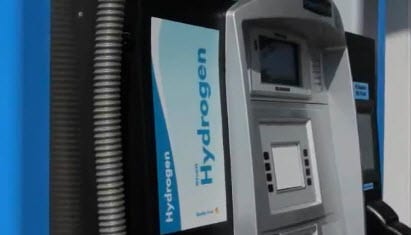 A group of students from the Washington State University have designed a plan to develop a new fueling station that is both economically sound and environmentally friendly. The station will cater specifically to fuel cell vehicles, being designed with clean transportation in mind. As fuel cell vehicles inch closer to commercial launch, creating an infrastructure that is able to support these vehicles is becoming more important. Without a working fuel infrastructure, clean transportation is likely to be met with failure.

The idea that the students came up with first took for during the last week on an international competition focused on hydrogen fuel. The students have designed a transportable, low-cost fueling station for fuel cell vehicles. The fueling station was created for the university’s annual Hydrogen Student Design Contest, and the station is meant to be able to fuel vehicles with five kilograms of hydrogen in less than five minutes. This is enough fuel to keep the vehicle powered for some 300 miles.

Fueling station is 75% less expensive than its more conventional counterparts

The students were able to design the fuel station so that it is roughly 75% less expensive than more conventional fuel stations. The group suggests that those using the station to fuel their fuel cell vehicles would pay approximately $48 to fill the tank. The station is also designed to work alongside existing stations that primarily serve gasoline. In this way, these older stations would also be able to cater to the needs of those with fuel cell vehicles.

Infrastructure remains one of the most significant challenges facing clean transportation