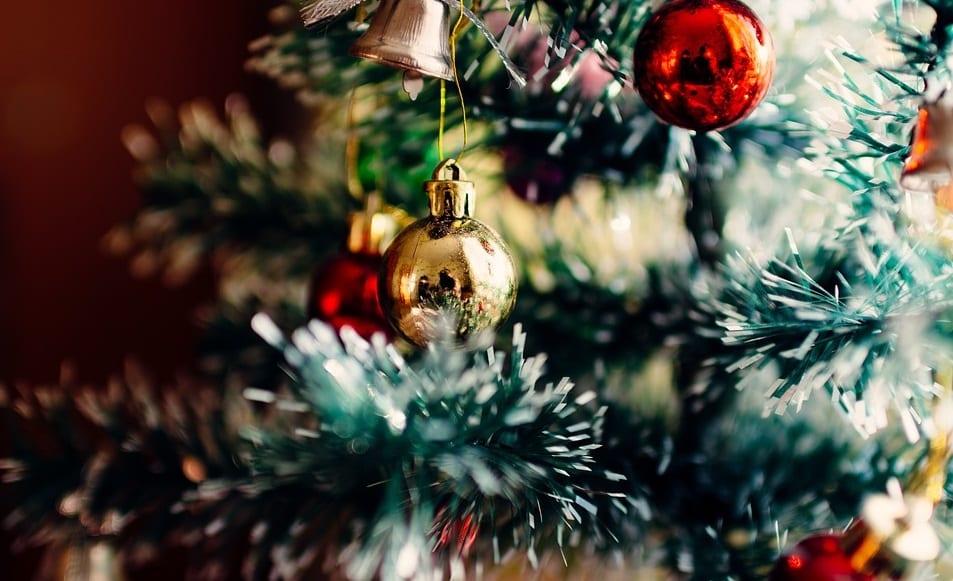 Artificial trees are commonly believed to be more environmentally friendly than real trees.

It is a common belief that an artificial tree is the more eco-friendly Christmas tree option compared to a real tree. The primary reason being that artificial trees can be reused year after year while real trees are tossed out at the end of the season.

Nearly 80% of Christmas trees in American households are artificial.

Recently, Nielsen conducted a survey for the American Christmas Tree Association and found that three quarters of American households display a tree and around 80% are artificial. That said, most artificial trees sold in the U.S. are constructed of PVC and steel in China and shipped to America. Eventually, these trees, whether it’s after 5 years or 15 years of use, end up in a landfill.

According to the A.C.T.A (American Christmas Tree Association), which represents artificial tree manufacturers, artificial trees make for more eco-friendly Christmas trees because their environmental impact is lower than real trees as long as you use the tree for five or more years.

The A.C.T.A argues that obtaining a real tree every year, and possibly disposing of it in a landfill when the holidays are over, has a larger impact on greenhouse gas emissions, water and energy compared to artificial trees. This belief is based widely on a study that was conducted on the A.C.T.A’s behalf by WAP Sustainability Consulting.

On the flip side, according to the New York Times, advocates for real trees, such as Tim O’Conner for the N.C.T.A (National Christmas Tree Association), the organization that represents sellers of real trees, dismiss the WAP study findings.

“A tree made out of oil, turned into PVC plastic in China and shipped over on a boat, cannot be better than growing a real tree,” argues O’Conner.

O’Conner isn’t alone in his thinking. The New York Times also reported that a forestry expert at Michigan State, Bert Cregg, said that the study’s parameters were “too narrow,” noting that the study didn’t mention the effect real trees have on wildlife and local water supplies or the benefit of preserving jobs and farmland.

At the end of the day, it seems that, over the long-term, choosing a real tree from a local tree farm that engages in sustainable practices leaves the lowest carbon footprint. To be the more environmentally friendly option, artificial trees would need to be locally made and sold, used for many years, and at the end of their lifespan, would need to be fully recyclable, which isn’t yet possible.

Still, Brad McAllister, a managing director of WAP Sustainability Consulting, pointed out that compared to the amount of air travel and shopping that typically occurs over the holidays, choosing either tree has very little impact on the

In other words, choosing the most eco-friendly Christmas tree isn’t as important as making eco-friendly choices as a whole over the holidays.