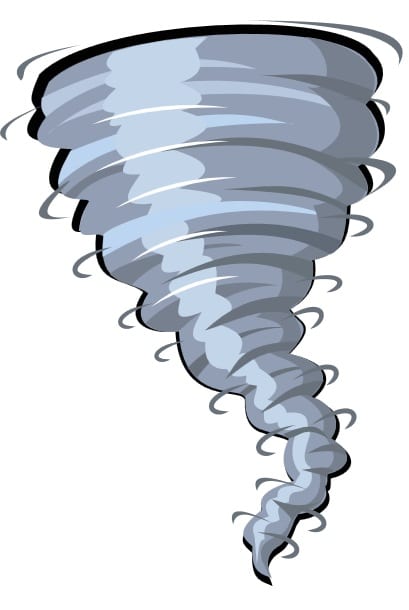 Tornados are not typically something that can be considered a positive thing. These natural disasters often leave devastation in their wake, but they do have enormous potential when it comes to wind energy. Breakout Labs, a subsidiary of the Thiel Foundation, believes that tornados can actually be a beneficial event and has been working to develop technology that can harness the power of these natural disasters for good rather than for destruction. Breakout Labs has created what it calls the Atmospheric Vortex Engine for this purpose.

System can produce energy at 3 centers per kilowatt-hour

The Atmospheric Vortex Engine is designed to harness the properties of extreme weather in order to generate large amounts of clean energy. The engine is capable of producing a contained wind vortex that can be used to generate energy at the cost of 3 cents per kilowatt-hour. The technology itself is developed by AVEtech, which has been heavily funded by Breakout Labs. The Atmospheric Vortex Engine is currently in testing phases, during which it has shown promising capabilities for energy generation.

Clean energy system could be a suitable alternative to current technologies

Current wind energy technology — both onshore and offshore wind turbines — are able to produce generate at an average cost of 5 centers per kilowatt-hour. Cost aside, another benefit of the Atmospheric Vortex Engine is that the energy it produces does not need to be stored as it can be generated on demand. The system also produces no harmful emissions, making it as clean as the energy it produces. Tornado power has received modest interest in the past, but few companies have ever thrown a significant amount of support behind the concept, favoring more passive forms of wind energy.

Engine may eventually be viable for commercialization

The Atmospheric Vortex Engine may have the potential to significantly increase the amount of clean energy wherever it is used. As such, it could eventually become one of the most promising developments the wind energy sector has seen in decades. There is still a great deal of research and development to be done before the energy system can be considered ready for commercial use, but Breakout Labs has shown strong commitment to the technology and its capabilities.