Automakers will need to sell more fuel efficient vehicles in order to meet environmental standards in the United States, European Union, and China, according to a new report from the World Energy Council. The report notes that the U.S., EU, and China have embraced new fuel economy standards in order to lower emissions. This will have a prominent impact on the auto industry, forcing companies to produce and sell more fuel efficient vehicles in the coming years.

Combined, the U.S., EU, and China are the world’s largest vehicle markets. Collectively, these markets account for 40 million passenger vehicles. The countries are now encouraging automakers to produce passenger vehicles that are more fuel efficient. Some automakers have already begun doing so somewhat aggressively, developing new vehicles equipped with batteries or hydrogen fuel cells. Those that do not produce more fuel efficient vehicles and meet the environmental standards imposed by the U.S., EU, and China will face financial penalties. 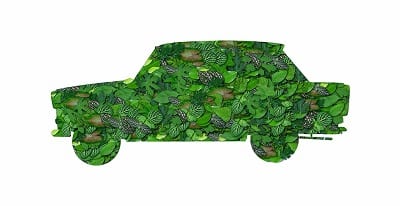 The World Energy Council is encouraging automakers to comply with new environmental regulations in order to ensure that they can still compete in their favored markets. These regulations are meant to improve fuel economy within the transportation sector as well as mitigate the amount of harmful emissions being produced by vehicles. The report from the World Energy Council notes that the market share of electric vehicles will have to grow by 16% by 2020 in order for automakers to meet new environmental standards.

Many major automakers have already begun to embrace clean vehicles. Some have begun developing new cars equipped with hydrogen fuel cells. These vehicles produce no harmful emissions and run off electricity generated by their fuel cell system. While somewhat more expensive than conventional electric vehicles, fuel cell vehicles are quickly gaining popularity because of their efficient nature and high performance, as well as the convenience they offer.