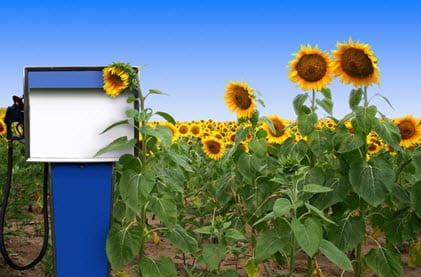 U.S. military continues to push for the adoption of alternative energy despite political turmoil

The U.S. military is one of the largest consumers of fossil-fuels in the world. Over the past two years, the Department of Defense has made an effort to shift the country’s focus away from fossil-fuels, citing energy as a major national security issue. While the agency is not necessarily looking to reduce the country’s consumption of fuel, it is looking to make alternative energy a more prominent focus. Biofuel has been among the agency’s interests in this endeavor, but may no longer hold traction in the political world as the U.S. Congress continues to push to ban the purchase of purchasing biofuels that are priced to compete with oil.

Study shows that biofuels and other renewable energies are losing support

A new study from the RAND Corporation, a non-profit group that aims to improve government policies through research and analysis, shows that biofuels and alternative energy in general, are faced with difficult financial problems that are hampering their growth. Currently, the price to produce biofuels is relatively high when compared with fossil-fuels. Though the Department of Defense is a major consumer of fossil-fuels, it does not have the market presence to influence the price of biofuels and make them more alluring to consumers and businesses. As such, the agency has been unsuccessful in promoting the adoption of alternative energy amongst the country’s politicians.

Congress mulls measure to ban the purchase of alternative energy

The study, which was commissioned by the U.S. Air Force, is a response to a recent measure introduced to Congress. The measure would block the Department of Defense from purchasing biofuels and other sources of renewable fuel. The measure was introduced by Congressman Howard McKeon, who claimed that the country’s military should not be spending more on alternative energy systems than it should be on traditional fuels.

The RAND study also suggests that the U.S. Air Force and Navy are vital to the stability of the oil industry as these two branches are capable of ensuring the safety of sea-based transportation. The study notes that the Department of Energy is concerned with the long-term implications of the finite nature of fossil-fuels, but that Congress is more concerned with the potential for short-term, monetary gain.

Solar energy to become a major focus for Japan