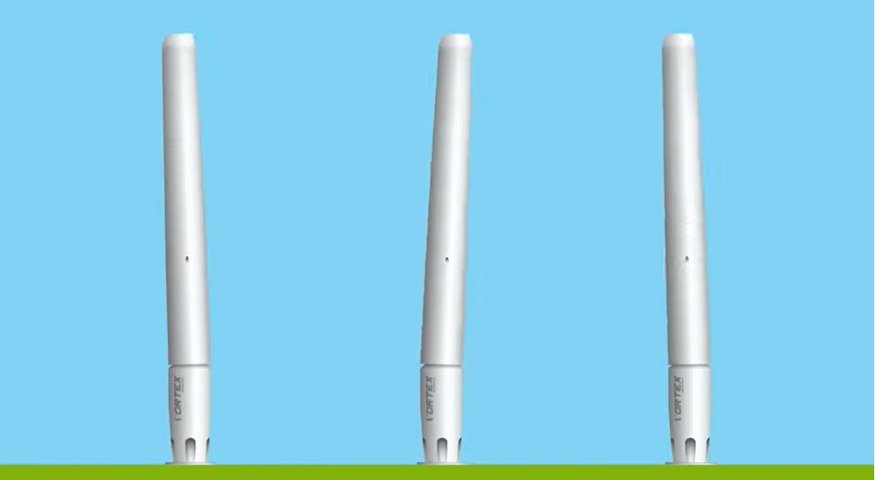 The prototypes were demonstrated to be lower maintenance and quieter than conventional models.

Start-up Vortex Bladeless has demonstrated its bladeless wind turbine, which requires less maintenance and is quieter than conventional turbine models.

The slender design of the equipment lets it oscillate and wobble for wind kinetic energy collection.

The bladeless wind turbine is slender, vertical and simple and collects wind energy by oscillating instead of relying on blades that would rotate or spin. The oscillation makes it possible for the machinery to collect the wind’s kinetic power. According to the start-up’s co-founder, David Yanez, the kinetic energy is converted into electricity for about 30 percent of the cost of wind energy from conventional turbines with blades.

The prototype is located near Avila, Spain, in the countryside, where the company has its headquarters. It stands 2.75 meters (9 feet) tall.

“What we want is to try to find a niche that is not properly covered by conventional wind power,” said Yanez. “The niche … we see could be [the] small wind industry, because the absence of maintenance, no need for oil and the low cost could be the elements that make this idea a useful tool for distributing energy, producing energy close to the point of consumption.”

The bladeless wind turbine was originally inspired by video footage of a collapsing bridge.

Yanez was originally inspired for the idea of the wind turbine that didn’t require blades in 2012. At that time, he watched a 1940 video of the Tacoma Narrows bridge in Washington State when it collapsed. The destroyed bridge oscillated in the wind. What took down the bridge was entirely inspirational to Yanez for power generation.

The Vortex Bladeless company was founded in 2015, and its purpose since then has been the development of a bladeless wind turbine that could be commercialized. The machinery can be used on its own or can be combined with solar panels. In this way, in the daytime when there is sunlight but

low wind, the solar panels can generate the power. Then, in the evening when the wind picks up but the sun sets, the turbines take over for renewable energy generation all night and day, said Yanez.