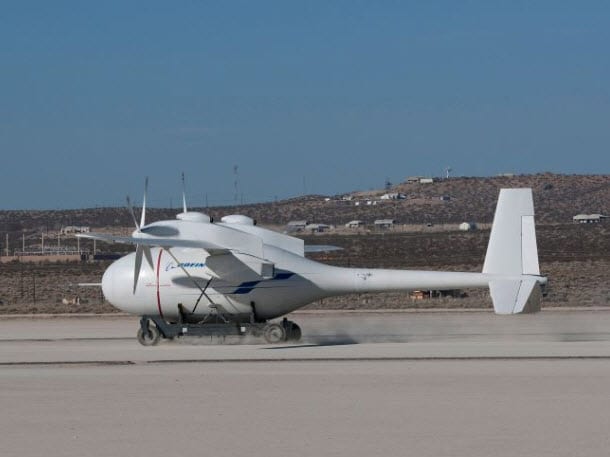 The Boeing Company, an international aerospace and defense corporation, has announced the first successful medium-speed taxi of its hydrogen-powered unmanned aircraft, the Phantom Eye.

The aircraft has yet to take to the air, but Boeing believes that it is on track to do so before the end of the year. The Phantom Eye is designed for lengthy, high altitude flights and will eventually serve as a surveillance tool for military groups. It will be among the first aircraft that uses hydrogen as its source of fuel.

Boeing developed the Phantom Eye with the help of NASA engineers working at the NASA Dryden Flight Research Center. The aircraft is not small by any measure, with a wingspan exceeding 150 feet. The Phantom Eye is designed to fly at altitudes of 65,000 feet and boasts of impressive fuel efficiency – able to stay aloft for 4 days, according to Boeing.

With the successful taxi, the company is one step closer to putting the craft in the sky.

Hydrogen-powered aircraft is not a new concept but is one that has gained more serious attention in recent years. The infamous volatility of hydrogen gas is one of the reasons that hydrogen has been separated from aircraft for decades. New fuel cells have made the gas more manageable, however, making it viable as a source of power once again. While the Phantom Eye will not carry passengers, its hydrogen propulsion system could be modified for use on commercial aircraft, which could significantly reduce the cost of traveling by air.