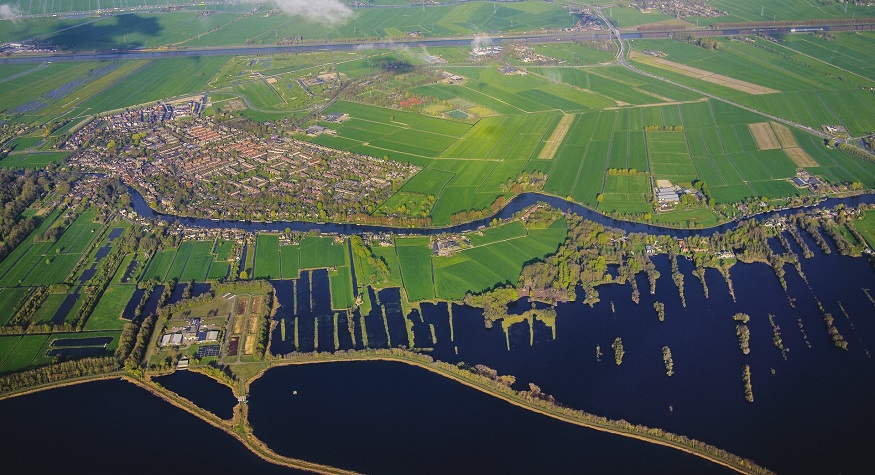 The concept will create an environmentally and socially sustainable community in Helmond.

A small city called Helmond in the southern Netherlands is planning a new Brainport Smart District, an experimental environmentally and socially sustainable community.

The first residents are expected to move into this community in 2021 at the earliest.

The Brainport Smart District will include an ample amount of green space, a neighborhood and a business district. It is meant to be beyond a suburban development and will be “a new type of living environment,” according to Ben van Berkel, founder and principal architect at UNStudio. That Dutch firm has offices worldwide and is behind the master plan for the new eco-friendly district.

The mixed-use region will be created on 380 acres of land. It will apply technology to form a socially and environmentally sustainable place for people to live and work. “We want to support positive things with technology,” said van Berkel. “Especially community building.”

The Brainport Smart District will grow and evolve based on a type of living lab concept.

Instead of forming a set design plan and building it based on what was planned out in advance, the district will be a living lab. New ideas will be tested and adapted based on what takes place in reality. In this way, the more the community grows, the better it will respond to the needs and habits of the future 4,500 people who will be living there. The more the designers and developers learn along the way as the community starts to form, the more plans will evolve to suit the residents.

“We made a framework of how these ambitions can hopefully work very well in the future, but it is fully unpredictable how it’s going to operate and what it will look like,” explained van Berkel.

The project is under the leadership of the Brainport Smart District Foundation. That organization is a partnership including the municipality of Helmond, the Province of North Brabant, Eindhoven University of Technology, Tilburg University, and Brainport Development. The community will encourage self-organization and self-sufficiency among the residents

and will be financed through a public-private partnership. Project developers will privately fund individual projects. The final costs of the district are not yet known.