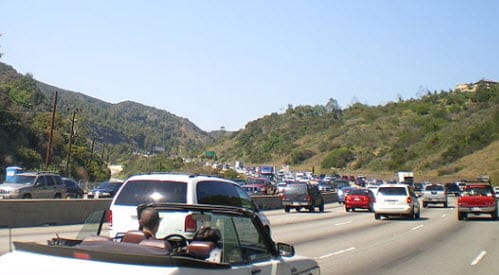 Emissions standards could lead other states to follow suit

Tradition can be a strong force in the world of politics. California has long been a leader in terms of environmentally friendly legislation. The actions of the country are, traditionally, mimicked by ten other states and this has been the case for several years. California is on the verge of finalizing a law that would require automakers to release a minimum number of zero emission vehicles in the state. This measure is expected to be approved within the coming months, making California one of the first states to take a strong stance on alternative energy and transportation. If tradition continues, at least 10 states are expected to adopt similar laws as well.

The measure will require that 15.4% of all vehicles sold in the state to be hybrid, electric, or hydrogen-powered by 2025. This is expected to bring some 270,000 zero emissions or low emitting vehicles to the state each year. These requirements are expected to change for each car manufacturer, as size and sales volumes will play a factor. Some companies have expressed discomfort regarding the possible regulations, but many had already begun the shift toward producing zero emissions vehicles years before the regulations were introduced.

Widespread adoption of regulations could increase pressure on the auto industry

Though many automakers have begun producing hydrogen-powered and battery-electric vehicles, the industry as a whole has been slow to adopt alternative energy. If more states begin to adopt regulations similar to those that may soon be enacted in California, automakers will be under increased pressure to develop new, energy efficient vehicles and make use of alternative energy. They will also face more pressure to make these vehicles more appealing to consumers, which has proven to be a challenge thus far.

The auto industry has been criticized in the past for its role in environmental problems. Some believe that the industry is not concerned with adopting alternative energy and has not taken steps to comply with possible regulations they may face in the future. The Alliance of Automobile Manufacturers, a trade group serving the industry as a whole, notes that most major manufacturers have invested billions in developing alternative energy systems for vehicles. Some of these manufacturers, such as Daimler and Toyota, have also been working on developing a hydrogen fuel infrastructure around the world in order to support vehicles that use fuel cells.