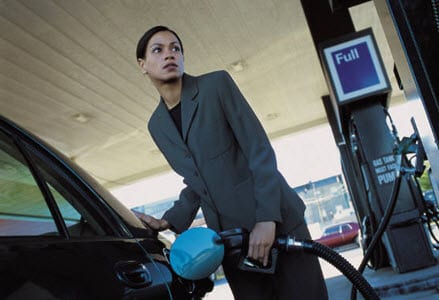 A new report from the National Resources Defense Council (NRDC) suggests that U.S. drivers can expect to see massive savings in fuel costs as the result of the Obama administration’s efficiency standards. The standards require vehicles to have fuel efficiency of 54.5 miles-per-gallon by 2030. This standard will not be implemented until 2030, but the NRDC report shows that drivers do not have to wait that long to find financial relief from high gas prices.

The report notes that when the efficiency standards are enacted in 2030, drivers can expect to save approximately $68 billion on fuel. While the report paints a promising future, the NRDC notes that drivers do not have to wait until the standards are implemented to find vehicles that are available today or will be so within the next few years. The report makes note of new vehicle models being released in 2012 that are more efficient than vehicles that were available only three years ago. Though many of these vehicles still run on gasoline, they are designed with efficiency in mind and are expected to meet a 35.5 mpg standard that is to be implemented in 2016.

Hydrogen to play a big role in energy efficiency

By 2015, hydrogen-powered vehicles will begin making a strong showing in the commercial market. These vehicles are equipped with hydrogen fuel cells that produce massive amounts of electricity. These energy systems produce no carbon emissions and can perform on par with conventional vehicle engines. Most major automakers have plans to release their hydrogen-powered vehicles by 2015, if not earlier, and believe that these vehicles will be able to meet the standards imposed by the federal government.

The NRDC report shows that there are currently 57 fuel efficient vehicles available to consumers today. This is up from the 27 options the NRDC found in 2009. This number is expected to continue growing as the years pass. The report suggests that this trend will bring significant energy savings to several states throughout the U.S. These savings are expected to be highest in Texas, California, Florida and New York.