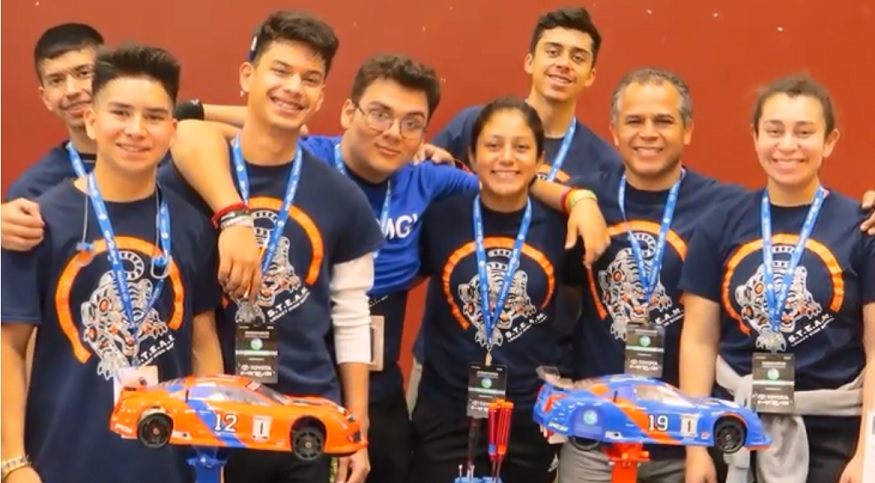 The students built the first-ever prototype vehicle that can run on pure hydrogen power.

A group of students from STEAM Legacy High School in South Gate, California, created a first-of-its-kind hydrogen prototype vehicle, and their vehicle won a world automotive championship at the 2019 Horizon Grand Prix in the Czech Republic. The prototype fuel cell vehicle is the first ever to be capable of running on pure hydrogen power.

The Horizon Grand Prix is a competition that addresses climate change and challenges students to create and test innovative, alternative energy solutions. This is what makes the STEAM Legacy team particularly unique. Not only did they win with their creative and innovative clean energy solution, they also made history with their one-of-a-kind hydrogen prototype vehicle.

“We were the first team in the whole competition to actually run purely on hydrogen. Whenever we showed it off to the judges, they were blown away,” said Alan Gallardo, a STEAM Legacy student, reports ABC7.

The STEAM Legacy students were one of 19 teams in the race. They competed against teams from some of the best schools around the world.

The organizers said that the students pushed boundaries with their hydrogen prototype vehicle.

During the race, the STEAM Legacy team strategically switched off between electricity and hydrogen to maximize their vehicle’s run time. The school also had a second team in the race that won third place.

STEAM, which stands for Science, Technology, Engineering, Arts, and Math, was recently named one of the top LA Country Public Schools for underserved communities.

The goal of the school is to “lead students to envision and become empowered to be active members of the current knowledge-based society, while co-creating a world beyond expectation,” according to its website.

The organizers of the 2019 Horizon Grand Prix were truly impressed with the student’s achievement.

“STEAM legacy traveled a total of about 53 miles in 6 hours. That is ridiculously impressive,” the organizers said.

“These students are pushing the boundaries of what’s possible in a fuel cell powered vehicle,” they added.

Additionally, the organizers said that the students of the hydrogen prototype vehicle will have a lasting impact on the automotive industry in regard to how hydrogen fuel cell technicians are trained in the future.