China looks to the UK for tips on wind energy development 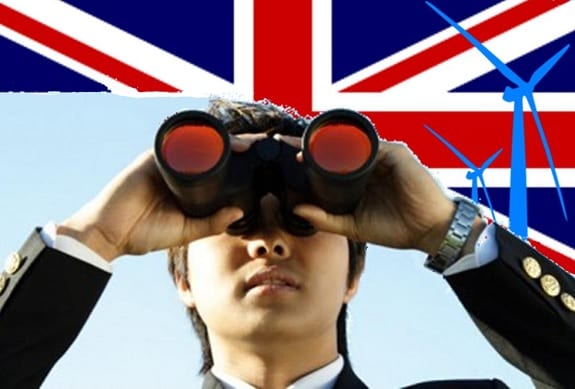 China may be able to learn from the UK’s success

China may be able to increase its wind energy capacity by using the United Kingdom as an example. The Carbon Trust, an independent organization focused on reducing carbon emissions, has released a new report highlighting the progress that the UK has made with its wind power efforts and how this progress can teach other countries how to find similar success. The report notes that the UK’s extensive research, funding, and deployment expertise in the wind sector could help China reach new heights when it comes to the adoption of wind energy.

China has a strong interest in wind power and is considered one of the world’s leaders when it comes to the adoption of clean energy. China has been focusing much of its attention in offshore projects, with the government expecting to bring some 5 gigawatts of offshore capacity online by 2015. By 2030, China expects more than 30 gigawatts of offshore wind capacity to be online, severely cutting down on the country’s consumption of fossil-fuels. These targets may be difficult to reach, however, unless China learns a lesson or two from the United Kingdom.

To this end, the Chinese Wind Energy Association and the CECEP Wind-Power Corporation have partnered with the British Embassy in Beijing in order to examine ways to improve China’s performance in the wind sector. This endeavor involves examining how the United Kingdom has managed to find success in its wind energy endeavors and how this success can be mimicked. According to the Carbon Trust, technical issues may be one of China’s most challenging problems when it comes to offshore wind projects. Corrosion and heat have a particularly negative effect on Chinese wind turbines and this makes these turbines less efficient and reduced their operational lifetime.

The United Kingdom has established itself as a very powerful example of what can be accomplished through an aggressive focus on a particular form of renewable energy. Wind power is not the only type of clean energy that the country is investing in, but the UK government has recently begun diverting the subsidies being used to support solar and other forms of energy, directing these funds to support wind projects.