Fracking continues to be a controversial practice in the UK 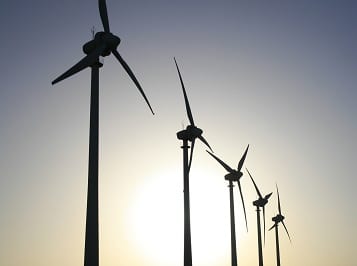 Market research firm Ipsos MORI has released the results a new poll it recently held. The poll questioned young adults about the type of energy projects they favor, specifically focusing on offshore wind energy and fracking. Hydraulic fracturing, often referred to as “fracking,” is one of the processes through which natural gas is extracted from the earth. This process has been receiving harsh criticism recently due to the fact that it involved introducing pressurized liquid into subsurface areas. Fracking has been linked to earthquakes and water pollution.

The poll targeted those between the ages of 16 and 24 in the United Kingdom. The country has become one of the leaders in terms of offshore wind energy development and the United Kingdom government has been investing quite heavily in the development of offshore projects. The poll has found that approximately 85% of young adults in the UK favor offshore projects over fracking. Another 47% favor carbon capture and storage as a way to mitigate the country’s emissions.

Offshore wind power has begun to attract a great deal of attention, especially from island nations. Typically, island nations must spend an inordinate amount of money to import fuels from other countries. Renewable energy represents a possible solution to this issue as it can facilitate the domestic production of electrical power without having to rely on fossil-fuels. Offshore wind power has a great deal of potential when it comes to energy production, but also represents one of the more expensive options when it comes to clean power.

Wind power may spur economic growth in the UK

Respondents to the poll suggest that offshore wind power will have a positive impact on the country’s economy. As new projects take form, new jobs emerge, providing those that have been searching for work a chance to make a living. These jobs spur economic activity and the wind energy projects themselves reduce the cost of electrical power for homeowners and businesses.