China is the top investor in renewable energy 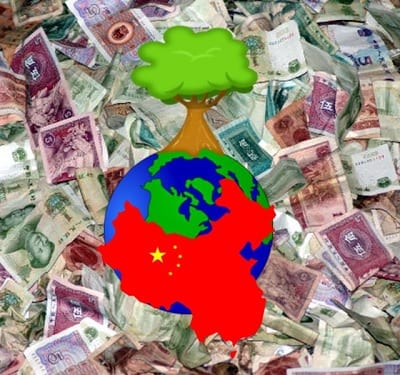 Countries around the world are beginning to increase their investments in renewable energy and clean technology. Many of these countries are beginning to show strong support for clean power for economic reasons, as the costs associated with fossil-fuels and traditional energy systems continue to grow. A new report from Pew Charitable Trusts has collected information concerning the energy investments being made by several countries. The report has found that China has taken the lead position when it comes to renewable energy investments.

China experienced a period of rapid industrialization after industrial reforms were introduced in the 1980’s. The country, like other throughout the world, has become heavily dependent on fossil-fuels, which were heavily used to power it industrial revolution. An almost obsessive focus on industrialization has left many of the country’s largest cities choked by air pollution, with smog often becoming so severe that visibility is reduced to less than 50 yards.

China has been combating air pollution for several years and has begun investing heavily in renewable energy and clean technology in order to win this battle. The report from Pew Charitable Trusts shows that China has invested $54 billion in clean energy in 2013, significantly more than any other country. The report suggests that no other country is investing in clean power on the scale of China, with the U.S. serving as the second largest investor with $36 billion throughout 2013.

Renewable energy may hold the key to resolving the ongoing air pollution crises in China, but clean power also represents a great deal of economic benefits for the country. Not only will clean energy reduce the country’s reliance on fossil-fuels, which are becoming more expensive, it also represents significant business opportunity for China’s powerful industrial sector. Producing solar panels, wind turbines, and other clean technologies has made China a powerful force in the global energy market.