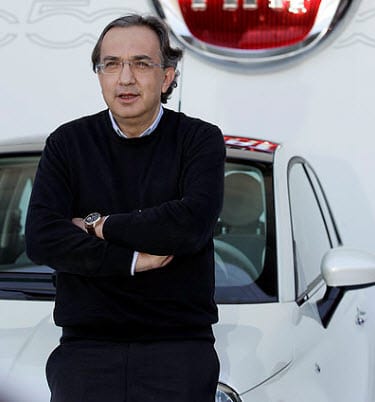 Given that the majority of car makers are developing fuel systems that rely either of hydrogen or batteries, such standards may not be difficult to meet. Chrysler CEO Sergio Marchionne believes that car manufacturers will be focusing more on making their internal combustion engines more efficient rather than continue developing alternative fuel systems.

Marchionne asserts that internal combustion, gasoline-powered engines are the only answer to the government’s regulations. By making small changes to the engines and transmission of a vehicle, Marchionne says that the overall fuel efficiency of vehicles can be improved ten-fold. The auto executive also says that the hype surrounding electric and hydrogen powered cars is mostly exaggeration from manufacturers in an attempt to induce an environmental fervor among consumers.

Car manufacturers have much more to worry about than federal rules, according to Marchionne.

China stands on the verge of an energy and industrial revolution that could catapult the nation’s economy beyond that of the U.S. This could have major implications for auto makers as China begins to export more vehicles, which will present a new, nigh unbeatable competition in the future.

Chrysler is one of the few car companies in the world that has yet to throw support behind hydrogen fuel. Marchionne is expected to retire in 2015, a year after hydrogen vehicles are introduced to the commercial market from big-name manufacturers. Depending on the success of these cars, Marchionne’s successor may choose to adopt fuel cell technology.