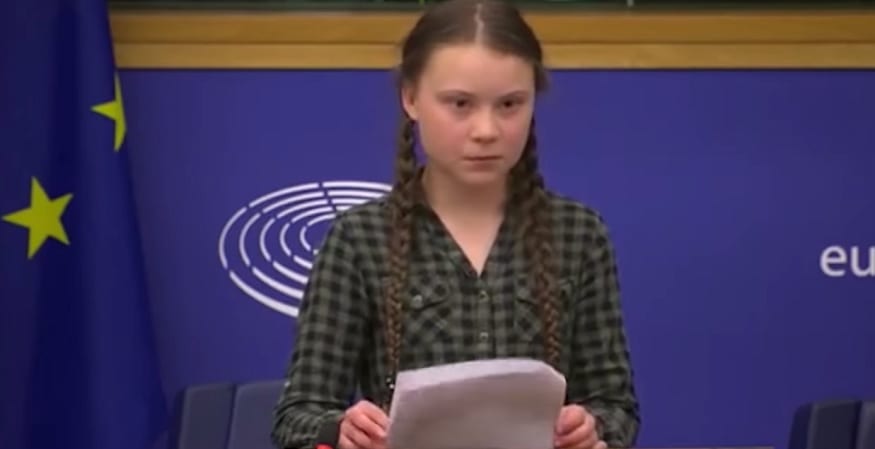 The sixteen-year-old climate activist from Sweden, who started a school strike movement that took off around the world to raise climate change awareness, recently spoke to EU leaders in France, chiding them for holding three emergency summits on Brexit and none on the threat of global warming.

“Our house is falling apart,” Thunberg told MEPs and EU officials in Strasbourg.

In her 10-minute speech, she spoke on the terrifying effects of climate change and political lack of action. She tearfully talked of a “sixth mass extinction,” stating that the extinction rate is up to 10,000 times faster than what is considered normal, with as many as 200 species becoming extinct daily.

She also drew attention to disastrous trends such as:

This wasn’t the first time Thunberg addressed politicians and called them out for not taking necessary urgent climate change action.

Thunberg has previously addressed the UN climate change summit in Poland and the World Economic Forum in Davos, using her same blunt and direct approach to spread her climate change message.

In her most recent speech to EU politicians in Strasbourg, she noted the upcoming European elections and pointed out that her generation, the children and grandchildren of the MEPs, could not vote. She urged the MEPs to listen to scientists and the millions of striking school children and to vote for the “future living conditions of humankind.”

“It’s okay if you refuse to listen to me. I am, after all, just a sixteen-year-old school girl from Sweden,” Thunberg said as

she wrapped up her climate change speech. “But you cannot ignore the scientists or the science, or the millions of school-striking children, who are still striking for the right to a future. I beg you: please do not fail on this.”