Why Do We Need Alternative Energy S...
➡️PLAY THIS HYDROGEN NEWS ARTICLE IN: ENGLISH, FRENCH & GERMAN
January 18, 2016 0 By Amanda Giasson

Human-generated greenhouse gases emissions may delay the Earth’s next ice age by a minimum of 100,000 years.

Carbon (CO2) emissions created by humans have been blamed for having many unpleasant effects on the planet, from severe droughts, to extreme weather, to pollution, to rising sea levels. However, a team of German scientists say that these CO2 emissions are likely the reason why there are no signs of a new ice age and why there won’t be one in the near future.

The Industrial Revolution saved the planet from the onset of a new ice age.

According to the findings of a study from scientists at the Potsdam Institute for Climate Impact Research (PIK) in Germany, which was recently published in the journal “Nature,” the Earth only just missed the start of a new ice age about 200 years ago, due to the beginning of the Industrial Revolution.

Hans Joachim Schellnhuber, founding director of the Potsdam Institute for Climate Impact Research and one of the study’s three authors, said that “Humanity narrowly escaped a glacial inception in the middle of the Holocene, which was almost suppressing the formation of civilization.”

According to researcher from PIK, Andrey Ganopolski, 200 years ago, if the carbon dioxide concentration had been 240 parts per million (ppm), this could have triggered an ice age. However, due to rapid industrialization, carbon concentration increased to 280ppm. Presently, CO2 concentration levels have surpassed 440ppm. 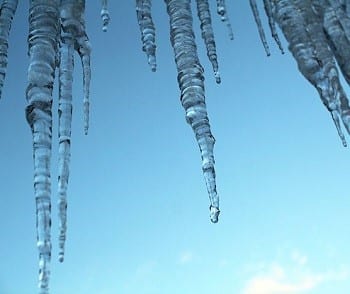 Since the amount of greenhouse gas emissions have doubled since 200 years ago, the researchers say we might have extended the waiting period of the next ice age even further into the future.

With the rapid generation of CO2 emissions, humans have brought on a completely new geologic epoch.

The team of German researchers says that an interglacial climate would likely have been sustained for a minimum of 20,000 years or even 50,000 years, even if carbon dioxide emissions had remained at an 18th century level.

However, the nearly 500 gigatons (GT) of carbon that have been released since this time means that the glacial inception is likely to be postponed by over 50,000 years and, if a further 500 GT of emissions is produced, it may be delayed for at least 100,000 years.

That being said, regardless of the amount of CO2 emissions produced, Ganopolski told BBC News that there is no real practical importance in discussing whether the next ice age begins in 50,000 or 100,000 years from this point. According to Ganopolsk, “The important thing is that it is an illustration that we have a geological power now. We can change the natural sequence of events for tens of thousands of years.”