Will commuters pay more for a hydrogen fuel cell car than a traditional electric?

HydrogenFuelNews.com has released the results of its latest survey concerning fuel cell vehicles.

Fuel cell vehicles are similar to conventional electric vehicles in that they both use electricity as a replacement for gasoline. Hydrogen is used by a fuel cell to produce electrical power, with the only byproduct being water vapor and oxygen. This makes fuel cell vehicles environmentally friendly alternatives to their more traditional counterparts that use petroleum as a power source.

According to Dan Holguin, editor of the online publication, the readers had this to say, “Approximately 55% of respondents believe that fuel cell vehicles will not be as popular as traditional electric vehicles until 2020, or further into the future but in general most are open mined and even willing to pay more for a greener daily commute”. He went on to say that 24% of respondents claimed that fuel cell vehicles would never be as popular as other electric vehicles, while only 4% believed they would become popular by 2016.

The survey also shows that respondents may be more likely to spend more money on fuel cell vehicles than hybrids.

People still have many concerns over fuel cell vehicles. 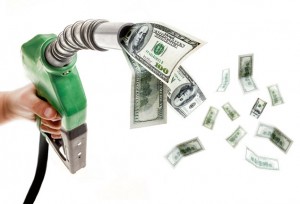 Many studies show that in order to slow down the effects of climate change, there will need to be some drastic alterations in the current standards. Primary among them is a reduction in automobile pollution.  While hybrid and electric cars have been helping among certain individual drivers, it remains a niche market, when the current need is for the widespread use of this type of vehicle. In the U.S., personal cars and trucks make up one fifth of all of the emissions in the country.  For every gallon of gas, vehicles release 24 pounds of carbon dioxide and other greenhouse gasses into the air. In fact, the average passenger vehicle will add 4.7 metric tons of carbon dioxide into the atmosphere every year.

Green advocates are demanding a much faster fix for this problem, stating that this very slow trend toward hybrid and electric vehicle adoption is inadequate for the change that is needed.  Hydrogen fuel vehicles could provide just that type of rapid fix, but what has yet to be seen is how the transportation industry will be willing and able to rise to the occasion with great enough speed.