FCO Power, a developer of fuel cell technology, has announced that it has made progress on the development of its next generation solid oxide fuel cells. These fuel cells are relatively large and stationary, but produce large quantities of electrical power. Because of this, solid oxide fuel cells have been used in several industrial sectors, but these energy systems are beginning to see more attention for their potential uses in the residential space.

Printed Fuel Cell will be less expensive and require no maintenance

The company has made improvements to its fuel cell stack, using what it calls the Printed Fuel Cell. This energy system includes a stack in which all cell layers are laminated repeatedly during the manufacturing process. This means that the fuel cell system does not need to be maintained, which is ideal for homeowners and those living in apartments. The manufacturing process is also less expensive when compared to conventional processes, making the new fuel cell system more financially attractive.

New hydrogen fuel cell could be used to power apartments 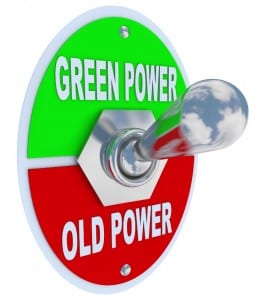 FCO Power plans to install its next generation fuel cells in existing apartments in Japan beginning in 2020. Apartments account for approximately 40% of all housing in the country and fuel cells could help cut down on the energy that these homes consume from the national energy grid. Fuel cells are already being used to power some homes in Japan. These energy systems have gained favor because of their durability and the fact that they can continue producing electrical power after being cut off from their supply of hydrogen, for a time.

Japan continues to invest in its hydrogen society