Corn could be the answer to inexpensive hydrogen fuel

Discarded corn husks and stalks may be a valuable source of hydrogen fuel. A team of researchers from Virginia Polytechnic Institute have discovered a way to harvest hydrogen from corn husks and stalks. The research team notes that this process is an inexpensive way to produce hydrogen. The team also suggests that the process does not take up much time, making it a viable alternative to more conventional hydrogen production methods.

Hydrogen production process is based on research on xylose

The process developed by the research team is based on previous research centered on xylose, a type of sugar derived from plants. Using processed sugars is a common in the process of producing hydrogen fuel, but producers often used highly refined sugars for the production process. The use of highly processed sugars can increase the costs associated with hydrogen production, making the process more expensive overall. The research team believes that the use of xylose derived from corn husks and stalks will cut down on the costs of hydrogen fuel production. 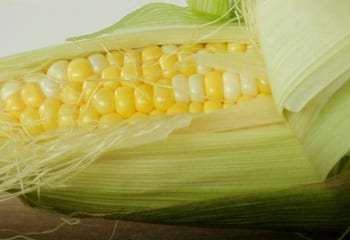 The research team has established a new startup company called Cell-Free Bioinnovations, which aims to commercialize its new hydrogen fuel production technology and methodology. The team notes that its hydrogen production process allows for hydrogen to be produced at a faster rate than conventional processes. The technology that the research team uses also takes up relatively little space, which makes it more economical.

Finding affordable ways to produce hydrogen fuel has become quick important for those interested in renewable energy. Several countries around the world have begun showing support for fuel cells, but without an abundant and reliable supply of hydrogen, these energy systems are not likely to continue seeing much support. Finding ways to produce hydrogen fuel in an efficient and affordable manner will ensure that fuel cells become a prominent source of energy for the world, especially as more countries move away from fossil-fuels.