Water in mines could be a geothermal energy resource

Old mining communities across the U.S. could find value in abandoned mines.

Throughout America, there are millions of miles of tunnels under old mining communities that have long been abandoned, are falling apart, filled with water, and are viewed as dangerous, but the water in these abandoned mines could actually be put to better use, and, according to Michigan student researchers, could actually become a major resource of geothermal energy.

The mine water could be used to heat and cool buildings.

According to Phys.org, the student researchers are from Michigan Technological University and, so far, they have created the first comprehensive guidebook that can be used by communities to investigate the possibility of utilizing mine water for geothermal power to cool and heat buildings. 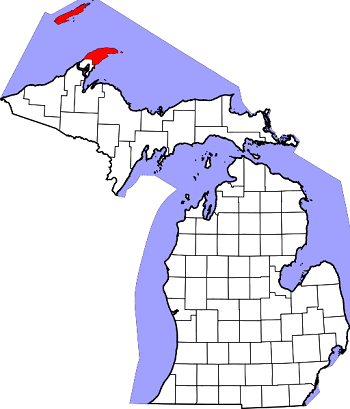 There is incredible potential for this renewable resource. However, currently, the world has fewer than 30 active mine water geothermal systems. One of these systems is located just north of Houghton, at Michigan Tech’s Keweenaw Research Center (KRC), and, to understand the local potential, the researchers worked with KRC and community leaders in Calumet.

“With mine water, you can draw lots of heat from it without it cooling down,” said Edward Louie, a Michigan Tech graduate student who led the project as part of his master’s degree work in energy policy. Louie explained that the mine water in Keweenaw maintains about 53 to 55 degrees Fahrenheit throughout the year. These temperatures can be used to cool or heat buildings using pipes, heat pumps, heat exchangers, and other simple technology.

Keweenaw might become a hub for mine water geothermal energy.

At the KRC, the mine water is piped up from 300 feet below the ground. Via a large heat exchanger system, the mine water heats or cools a closed loop system within the research center. The water circulates and turns though 18 heat pumps throughout the center’s main building. The water always remains in the pipes, according to the KRC director Jay Meldrum, and it is mixed with glycol so it never freezes.

Meldrum stated that “We hope to use geothermal as an educational resource,” he says. “It’s also an area we want to continue doing research in.”

Due to the fact that there are so many expansion possibilities for the KRC, it could become a center for mine water geothermal energy. Furthermore, the guidebook that was crated could also assist in providing a feasible solution to a large environmental problem.