Deepwater Wind, developer of the first offshore wind energy system in the United States, has announced that it plans to build another wind farm off the coast of Maryland. The company’s Block Island Wind Farm is expected to begin producing electrical power and feeding it into the energy grid within the next few days. Deepwater Wind expects that the wind farm will show off the potential of offshore wind energy and intends to get a head start on developing new offshore projects. 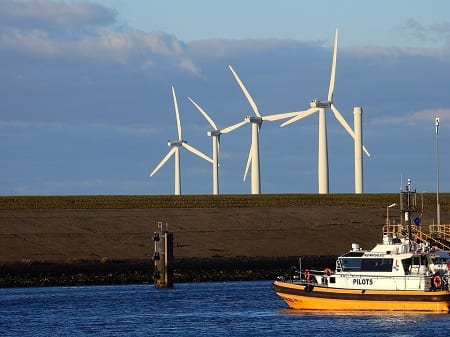 Called the Skipjack Wind Farm, the new offshore wind energy system could become the largest clean power project in Maryland’s history. Notably, Deepwater Wind intends to build the wind farm in a single construction season, hoping to ensure that energy production begins as soon as possible. The Skipjack Wind Farm could bring more than $100 million in economic benefits to Maryland and Deepwater Wind expects that the offshore wind energy system will begin operation at some point in 2022.

The Skipjack Wind Farm is the third offshore wind energy system that Deepwater Wind is developing in the U.S. Offshore wind has begun to attract a great deal of support due to the energy potential it represents. The federal government has been investing heavily in in the wind sector in general through the Production Tax Credit, which has secured financial support for wind power projects throughout the country.