The Production Tax Credit allows wind developers to benefit from tax credits based on the energy output of their wind farms over a 10-year period. The tax credits are meant to reduce the overall cost of production on wind farms, thereby making them more viable when compared to other forms of clean energy. The production Tax Credit has been around for several years, but has been allowed to expire at certain points in the past. During times when the tax credit was allowed to expire, investments in the wind energy sector dropped dramatically. Some larger projects, finding their financial support running dry, ended up failing, with developers moving to smaller, less expensive endeavors. 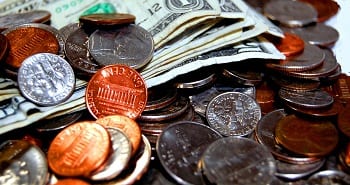 Some developers are being encouraged by turbine manufacturers to “repower” existing wind farms. NextEra Energy is one such company. The developer has 110 wind farms in the United States and Canada. The company brought in some $73 million in subsidies from the Production Tax Credit this year. The company is looking to replace some older wind turbines with updated models. These newer turbines could help make wind energy systems more efficient and increase their capacity.

Making renovations to an existing wind energy system is typically a much simpler task than building an entirely new wind farm. This is because much of the logistical work has already been done during the initial construction of the wind farm. Purchasing new wind turbines can be an expensive endeavor, but the costs of renovating wind farms is being heavily offset by the availability of the Production Tax credit, which will help secure the growth of the wind energy sector for the foreseeable future.