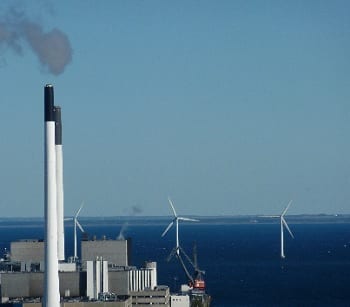 Denmark may be approaching a point where it will single-handedly surpass the whole of Europe in terms of renewable energy and emissions reduction goals. New legislation facing the country’s parliament aims to approve new, more aggressive targets for Denmark’s fight against climate change and other environmental issues. These targets would outshine those recently established by the European Union. Denmark is currently considered a leader in wind energy and environmental policy.

The legislation would establish a legally binding measure that requires Denmark to reduce its greenhouse gas emissions by 40% below what they had been in 1990 by 2020. The legislation would also require the government to convene every five years to determine whether the country’s 10-year emissions targets should be revised. A new Climate Council would be established through the legislation and would exist to advise the government on the best ways to reduce greenhouse emissions as well provide advice on how to move away from fossil-fuels by focusing more heavily on clean energy.

Currently, Denmark has ambitions to receive no less than 100% of its energy from renewable sources by 2050. Several government officials see the new legislation as a step toward this goal. Denmark has already been focusing more heavily on supporting wind energy projects, thereby cutting down on its reliance of fossil-fuels. Denmark officials suggest that the new legislation would be the measure required to ensure that the country would become a low-carbon society within the foreseeable future.

The European Union recently proposed more aggressive emissions reduction targets, but these targets are non-binding. Before the proposal can be considered legally binding, EU member states must grant it approval. Thus far, several European countries have questioned whether the emissions targets are aggressive enough or whether they are even necessary. Denmark is expected to outshine the European Union with its emissions reduction goals and adoption of renewable energy in the coming years as a result.