The Difference Between Fuel Cell Vehicles and Electric Vehicles

Clean transportation is a trend that has emerged in the auto industry that will not disappear any time soon. Much of the auto industry has taken up the call for the production of zero-emission vehicles and a new generation of these vehicles is expected to launch within the next few years. In the coming decades, it is likely that conventional, internal combustion vehicles will be replaced with electric vehicles, but whether these vehicles will be equipped with batteries or fuel cells has become a controversial issue.

Most of the world’s major automakers have plans to begin launching fuel cell vehicles beginning in 2015 and 2017. These vehicles use hydrogen fuel as their power source. The fuel cells consume this hydrogen to produce electrical power, with the only byproduct being oxygen and water vapor. Fuel cells have become popular among automakers because they can perform nearly as well as traditional internal combustion engines. The problem, however, is that fuel cell vehicles lack the infrastructure support they need to be successful and fuel cells are notoriously expensive. 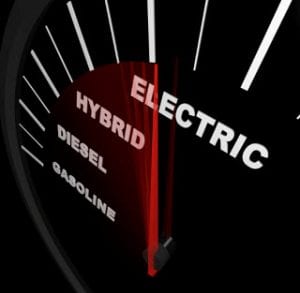 Batteries may, therefore, be a better option. Lithium-ion batteries have been used to power electric vehicles for years. These vehicles also lack the support of an expansive infrastructure, but have significantly more support in this regard than their fuel cell counetrparts. For what batteries lack in performance, they make up for in sustainability. Battery vehicles cost less to operate because they consume electricity rather than gasoline and these vehicles produce no harmful emissions.

Both fuel cell and battery electrics accomplish the same purpose, but in different ways. There are arguments concerning which of these vehicles are really meant to be the flagship of clean transportation. What really matters, however, is that they are both electric vehicles. Fuel cell vehicles are, in fact, electric vehicles, in the same way that cars equipped with lithium-ion batteries are. These vehicles represent two sides of the same coin, so pitting them against one another in philosophical arguments may be doing more harm to the clean transportation space than good. Both technologies have significant flaws that cannot be overlooked, but they benefits they offer may be worth much more than any drawbacks.