Landfill gas could be transformed into hydrogen fuel

A new technique can turn smelly methane gas that pollutes the air into clean energy.

According to a research report that is part of the 248th National Meeting of the American Chemical Society, researchers have developed a catalyst that could eventually convert landfill gas into hydrogen fuel, a clean and efficient form of power, which could result in the production of fuel cell energy that would provide green electricity for homes, hospitals, and offices.

Hydrogen has recently received a lot of attention as being a clean alternative fuel source.

Hydrogen has gained the attention of many industries interested in finding greener alternatives to fossil fuels, which, when burned, release carbon dioxide, the primary greenhouse gas. Hydrogen fuel, on the other hand, only releases water when burned. As a result, more companies are exploring ways to develop hydrogen fuel cells, particularly for homes and vehicles.

There is more than one way to produce this alternative energy, but one way is to use methane. By reacting it with carbon dioxide, this greenhouse gas can be turned into hydrogen. An excellent source of this smelly gas is landfills, where rotting waste produces massive amounts of carbon dioxide and methane as by-products of its natural decomposition process.

Researchers have had their fair share of challenges making their landfill gas to hydrogen idea a reality. 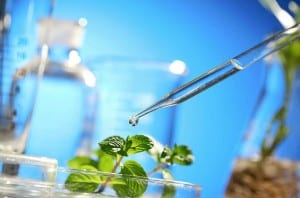 According to Fabio Noronha from the National Institute of Technology in Rio de Janeiro, Brazil, one of the primary issues is that a proper catalyst is hard to find. Noronha explained that a catalyst is a substance that quickens a process that would otherwise take a long time. In this particular case, researchers are utilizing catalysts to speed up the process that would convert methane and carbon dioxide into carbon monoxide and hydrogen. The problem, however, is that carbon deposits onto the catalyst.

Noronha said that “The heart of the process for the production of hydrogen from landfill gas is the catalyst, and this can be disrupted by the presence of carbon.” He added that “Because of carbon deposition, the catalyst loses the capacity to convert the landfill gases into hydrogen.”

In order to solve the problem and transform the landfill gas into green energy, he said that his team created a new type of catalyst material that eliminates the carbon as soon as it forms. Noronha commented that his team plans to test their technique on a bigger scale by utilizing material from a nearby landfill in Brazil.