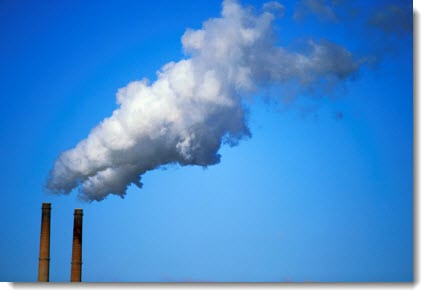 A new study published in the latest edition of the Journal of Environmental Studies and Sciences shows that the U.S. government is drastically understating the potential economic impact of climate change. Authors Dr. Laurie Johnson, chief economist of the National Resources Defense Council, and Chris Hope of the University of Cambridge, suggest that various U.S. agencies proclaiming the consequences of climate change are making use of a faulty model that does not account for the full impact of the phenomenon. While these agencies may be accurate in their assessment that climate change will affect everyone on a wide scale, the study suggests that the economic problems created by the phenomenon are being underestimated.

A better understanding of climate change could lead to better mitigation

The study argues that because the U.S. is making use of a faulty forecasting model, the country is adopting lackluster climate regulations and energy plans that may not be well suited for the potential impact of climate change. The study suggests that a better model that appropriately accounts for the costs climate change represents would help the country be more prepared for what seems to be an inevitable future. The study calls for the aggressive adoption of low-emissions energy systems, which is already happening throughout the country, but suggests that the economic benefits such systems represent will be seen sooner rather than later.

Alternative energy is often the subject of interest due to the economic possibilities it represents. It has been difficult for some countries to justify the adoption of clean energy, however, due to the sizeable investment required in doing so. Countries like the U.S. are suited to handle such an investment and may see economic benefits from doing so that dwarf predictions coming from federal agencies.

The study shows that approximately 40% of the country’s emissions come from power plants, many of which are coal. By adopting alternative energy systems, or even those that make use of natural gas rather than other fossil-fuels, the study shows that the U.S. could see powerful economic gains in the next few years, which will become more pronounced as time goes on.