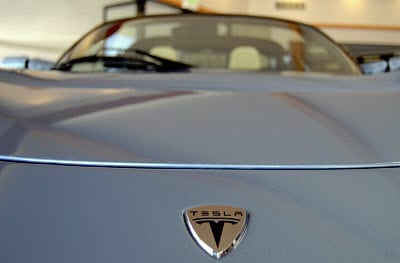 Elon Musk, the CEO of Tesla Motors Inc., does not believe that hydrogen fuel vehicles will ever thrive in the automobile marketplace and that electric vehicles (EVs) will be the superior choice, which is why Tesla has placed all of its support behind EVs and has not invested in hydrogen-powered cars like other big motor companies, including Honda, Toyota and Hyundai.

Although it is still a mystery as to which of these two types of green cars is the most likely to come out on top in the future, it is becoming apparent that auto manufactures who use either technology face three major problems, which were outlined by Leo Sun, a contract finance writer at The Motley Fool, in his article “Tesla’s Next Big Battle: Electric Cars vs. Hydrogen Cars”. According to Sun, these three issues include: affordability of the vehicles, problems with infrastructure and cost of fuel.

In regard to the first problem – affordability – Tesla made the decision to first appeal to consumers who are attracted to high-end cars before taking the next step and designing a more affordable car for the average buyer. As it stand now, U.S. purchasers of Tesla electric vehicles can benefit from up to a $7,500 tax credit, which the government could increase to up to $10,000 in the future.

On the flip side of the coin, Sun points out hydrogen fuel cars will likely cost more at the start compared to Tesla’s Model S, which carries a price tag of $85,000. According to Toyota, it estimates its fuel cell vehicle the FCV-R that is to be launched next year, will cost a shade under $100,000. To top it off, the tax credits available for HFC vehicles is only $4,000.

As for fueling costs, Sun points out that Tesla does have a leg up over its EV competitors because their Supercharger stations are free for their consumers to use. However, in terms of speed and convenience, hydrogen-powered cars still have the motor company beat because compared to electric vehicles, which require notable time to charge, hydrogen fuel vehicles can be filled in as little as three minutes. While EV drivers do have the opportunity of swapping a battery instead of charging it, this is a much more costly option.