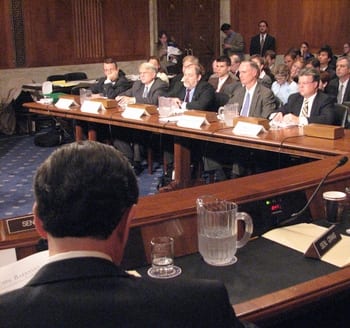 Energy efficiency will again be thrust into the limelight in the U.S. Federal lawmakers have reintroduced a legislation that is designed to expedite the switch from traditional fossil-fuels to renewable energy, bolstering an energy efficient economy. The bill, which was reintroduced by Senators Jeanne Shaheen and Rob Portman, will help promote energy efficiency throughout the country by making energy saving technologies and services more available to consumers and businesses. Thus far, the legislation has received strong support from both the Republican and Democrat parties.

The legislation is called the Energy Savings and Industrial Competitiveness Act. The U.S. already has aggressive energy efficiency standards in place, but many lawmakers believe that these standards can be expanded upon to create a more favorable economic climate throughout the country. According to Franz Matzner, associate director of government affairs for  the Natural Resources Defense Council has emerged as a strong supporter of the legislation, claiming that the least expensive energy available to the U.S. is that which is not being used.

US may become less reliant on foreign sources of power

Energy efficiency could help the U.S. save a significant level of electrical power that is currently being wasted. Matzner suggests that the country is home to vast potential in the realm of energy efficiency. If the country can tap into this potential, the U.S. would be able to make better use of the energy resources that are currently available to it. This would mean that the U.S. would not be pressed to invest heavily in new renewable energy systems or rely on foreign sources of power.