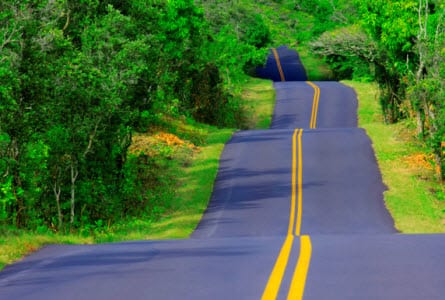 Hydrogen-powered vehicles are often criticized as being impractical alternatives to conventional transportation. Apart from concerns regarding cost, these vehicles are considered unviable because of the lack of a fuel infrastructure that is meant to support them. Many automakers have been working to establish a hydrogen fuel infrastructure for several years and their efforts may be paying off. Europe is currently home to the world’s largest and most reliable hydrogen infrastructure, often called the Hydrogen Highway, and this infrastructure is capable of supporting hydrogen-powered vehicles, according to the Zero Emission Resource Organization (ZERO)

ZERO is an environmental organization based in Norway that aims to reduce greenhouse gas emissions. A group of representatives from the organization were able to get their hands on a Hyundai ix35 FCEV, a hydrogen-powered SUV. The group then took this single vehicle on a road trip, beginning in Oslo, Norway, and ending in Monte Carlo, Monaco – a distance of over 1,300 miles. The group was able to cover this distance in just under 23 hours without facing any challenges in keeping the ix35 fueled.

Infrastructure sufficient enough to support the trip with ease

During the trip, the group made use of the numerous hydrogen fuel stations that are located between Oslo and Monte Carlo. The ix35 was able to travel approximately 120 miles before needing to be fueled. Fueling was a matter of minutes, enabling the group to keep up a steady pace without any extended downtime. ZERO claims that this hydrogen-powered road trip is proof that the current hydrogen fuel infrastructure in Europe is capable of meeting the demands of a new generation of vehicles.

ZERO is not the first to embark on a hydrogen-powered trip. Mercedes-Benz took three of its hydrogen fuel cell vehicles on a world tour in 2010 in an effort to show the viability of hydrogen-powered transportation. These vehicles were able to make their way through some of the world’s harshest landscapes without difficulty and had little to no problems with fuel efficiency. The practicality and viability of hydrogen fuel has earned more credibility thanks to the somewhat impromptu road trip from ZERO.