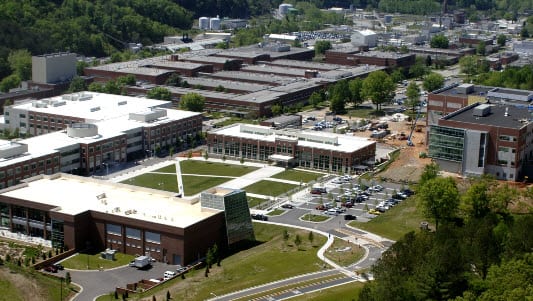 A team of researchers from the Oak Ridge National Laboratory in the U.S. have discovered a phenomenon in cobaltites that has eluded the scientific community for decades. This discovery could lead to new advances in fuel cell technology as well as a vast number of energy-related materials. The team, led by Ho Nyung Lee, believes that the discovery holds particular promise for hydrogen energy systems, which have long been plagued with inefficiencies. The discovery may put some of the skepticism surrounding fuel cells to rest.

The discovery relates to a strain relaxation phenomenon in cobaltites that has long been the subject of speculation but has proven difficult to observe directly. Conventional wisdom suggests that defects must exist in epitaxial thin films in order for such materials to be stable while in the process of being formed. Researchers have now found that some materials, such as cobaltite, can form atomic structures capable of changing their magnetic polarity, thus adapting to the strain associated with forming epitaxial thin films and allowing for such materials to be created without defects.

Epitaxial thin films are common in the world of energy and are most often used in semiconductor fabrication. These films are grown using a crystal layer from one material and supplanting it over another. Though the process sounds simple enough, it has presented a challenge to researchers over the past few decades. Finding a way to coherently and efficiently grow epitaxial thin films is considered a major advancement in the realm of energy.

For fuel cells, the epitaxial thin film could hold vast potential. Because the material is often used in nanotechnology, such as carbon nanotubes, it may help unlock a new era of discovery in terms of efficient hydrogen fuel storage and production. It may also help researchers develop more affordable fuel cells that do not require the use of platinum in order to produce energy.