Renewable hydrogen fuel production is about to kick off in Japan. Tokyo and the Fukushima Prefecture have signed an agreement that involves research ways to produce hydrogen through the use of renewable energy. The hydrogen produced through this endeavor will be used to generate electrical power during the 2020 Olympic Games. Hydrogen fuel has become a very important forces for the Japanese government, which is working to rely more heavily on clean energy and distance itself from fossil-fuels.

Fukushima fell victim to one of the worst nuclear disasters in history in 2011. Since then, the prefecture has managed to recover quite well, with officials hoping that the new hydrogen production endeavor will show the world how far Fukushima has come since the disaster. Tokyo and Fukushima will be working together to determine how solar and wind energy can be used to generate hydrogen, which will be consumed by fuel cells to produce electricity. 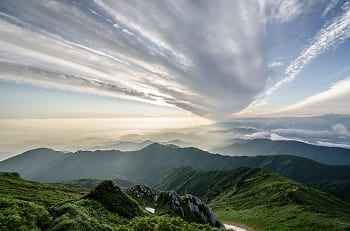 Tokyo will serve as host to the 2020 Olympics and has ambitious plans when it comes to providing electricity for the event. Tokyo will be using hydrogen fuel cells to power the Olympic games, with fuel cells powering transportation vehicles and even the Olympic Village. The Olympic Village will serve as home to athletes during the event and will also exist as a point of interest for tourists visiting Japan. After the Olympics, the Village will be converted into an actual town, relying heavily on hydrogen fuel cells for the electricity it needs.

Currently, conventional hydrogen production methods are quite costly due to their heavy use of fossil-fuels. Conventional production is also somewhat hazardous to the environment due to the harmful emissions connected to the process. Renewable hydrogen fuel production is considered more suitable, especially if a country where to focus more heavily on using fuel cells to generate electrical power.