Hydraulic fracturing will help pay off the airport’s longtime debts.

Later this month, Console Energy Inc. will begin drilling and fracking for natural gas at the airport, which Allegheny County officials who manage Pittsburgh International claim will bring the airport close to half a billion dollars, which will help to pay off debts that it incurred years and years ago.

Horizontal drilling will tap into shale gas reserves that lay beneath the airport.

According to a report from the New York Times, the drilling is set to take place outside the fence surrounding the airport. The four layers of shale gas that will be fracked are located beneath the airport itself and can be reached from one well pad. To tap into these reserves Console Energy Inc. will drill horizontally. 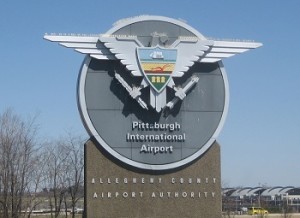 After fracking operation begins and money is made, the airport will receive an estimated $20 million annually, which is a large amount considering the operation budget for the project is less than $91 million. In comparison, of the 100 wells on the Dallas-Fort Worth property, the airport receives $8 million, which is a small fraction of its yearly $6 billion revenue.

According to the county executive of Allegheny County, Rich Fitzgerald, “It’s like finding money.” He added that “Suddenly you’ve got this valuable asset that nobody knew was there.”

While in other areas of Pennsylvania, oil and gas companies would need to obtain permission from hundreds of land owners, the airport only has one owner and is 9,000 acres. This month, a drilling rig will dig six holes a mile deep while another will drill horizontal offshoots that will expand to a minimum of 8,000 feet or longer.