Saudi Arabia may be the US in solar energy race

Solar energy in Saudi Arabia may soon be less expensive than what it is in the U.S. Solairedirect, a solar power producer in France, has released an analysis of Saudi Arabia’s rapidly growing solar sector. The analysis shows that solar power in that country is becoming more affordable and Saudi Arabia may be able to beat the U.S. when it comes down to the levelized cost of energy for utility scale projects.

In the U.S., the price of solar power is expected to range from $130 to $243 per megawatt-hour when new solar energy projects go active in 2019. In Saudi Arabia, the cost of solar power has already reached the $70 to $100 per megawatt-hour range. This is largely due to the country’s strong support of utility scale projects, which have been taking form throughout Saudi Arabia. The costs of the electricity produced by these projects various depending on where the project in located in the country. 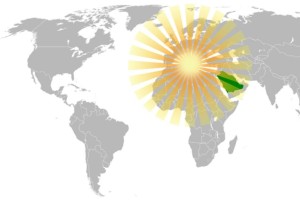 Saudi Arabia is one of the world’s leading producers of oil, but the country has a strong interest in renewable energy as well. Government officials have been keen to warn of the impending consequences of climate change, suggesting that these consequences could worsen if the world does not find some way to reduce its consumption of fossil-fuels. Solar energy could be the key to breaking reliance on oil and coal and Saudi Arabia has been supporting this form of clean energy for some time.

In the U.S., solar power is one of the most heavily supported forms of renewable energy by both the public and private sectors. Despite strong support, however, the adoption of solar power among consumers and businesses has been slow. The high cost of photovoltaic technologies and the electrical power they produce is part of the problem. Problematic politics concerning the matter of climate change is also an issue that is slowing the adoption of various forms of renewable energy.