Fracking can now be banned by New York Communities 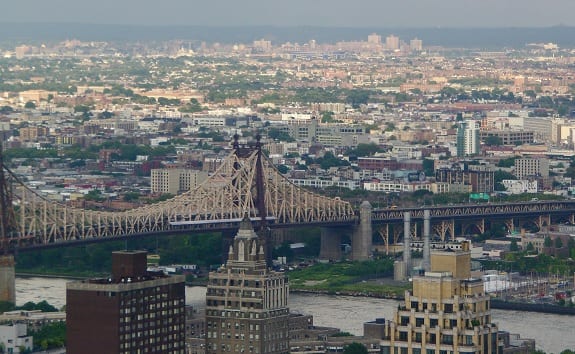 A recent court ruling decided that NY municipalities can use zoning laws to ban fracking, a controversial natural-gas extraction method that has lead to an energy boom in the United States, which was a major step backward for the shale gas industry that has had hopes to grow its operations within the state for many years.

Over 170 NY cities and towns have used zoning laws to pass bans or delay the process.

In 2008, a moratorium was imposed on fracking to allow for researchers to study how it impacts the environment. Those who are against fracking claim that the extraction process poses several risks to the environment and human health. For instance, two of the adverse effects for which hydraulic fracturing has been blamed include earthquakes and water contamination. The argument is that water supplies are at risk because in this mining process, water mixed with sand and chemicals is driven down underground at a high pressure to fracture rocks that contain natural gas.

Energy companies continue to stand behind the belief that when the process is done properly, it is safe. They also say that revenues that have resulted from hydrofracturing could aid communities in upstate New York with struggling economies.

The Marcellus Shale is one of the most plentiful natural gas fields in the world and 20 percent of it lies beneath the state of New York. The shale gas industry has put pressure on Governor Andrew Cuomo to lift the moratorium. However, the governor has not given his public opinion about the issue and some believe he is purposely avoiding making a politically controversial choice, especially since he is seeking to be re-elected this fall. The court ruling added one more obstacle for the industry to overcome.

New York is not the first state to give municipalities the ability to ban fracking.

New York is the second Northeastern state to give its municipalities the power to control whether or not hydraulic fracturing will occur in their cities or towns. Pennsylvania was the first state to make this ruling. Colorado is now analyzing this same issue.

In response to the fracking ruling, Dryden, NY Town Supervisor Mary Ann Sumne said, “I hope our victory serves as an inspiration to people in Pennsylvania, Ohio, Texas, Colorado, New Mexico, Florida, North Carolina, California and elsewhere who are also trying to do what’s right for their own communities.”