Fracking is given the green light in U.S. national forest

Last week, the United States Forest Service approved a plan that set up regulations that will allow energy companies to carry out fracking within certain regions of the enormous George Washington National Forest, which spans 1.1 million acres, straddles Virginia and West Virginia, and is the biggest national forest in the eastern half of the U.S that is visited by 3 million people annually.

The controversial move has apparently been welcomed by environmentalist.

For years, environmental groups have fought to keep hydrofracturing out of the forest, due to environmental concerns linked to the drilling practice, such as air pollution, water contamination and risking the health and wellbeing of the numerous species of wildlife that call the forest home. However, according to the Associated Press (AP), the decision that was reached by the Forest Service last week was welcomed by both environmentalists and those in the energy industry.

The AP reported that the federal agency’s approved plan will allow drilling to take place within about 177,000 acres of the forest. 10,000 of these acres have already been leased to gas and oil companies and the other 167,000 acres have existing private mineral rights. 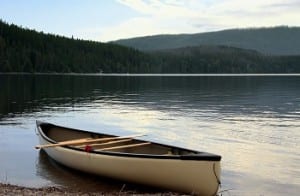 Back in 2011, the Forest Service had proposed a plan that would have banned fracking outright across the forest, which, according to the AP, would have been a first for a national forest. That being said, it was made clear last week that the agency’s decision to allow drilling in sections of the forest only gave the green light to gas and oil companies that had already received approval to commence their hydraulic fracturing plans.

Some may be convinced the fracking decision protects the forest, others are not so certain.

“The vast majority of the forest is protected in this decision,” the leader of the Southern Environmental Law Center’s national forests and parks program, Sarah Francisco, told the Associated Press. Robert Bonnie, the national resources and environment undersecretary at the U.S. Department of Agriculture, which is the agency that oversees the Forest Service, added that in terms of a policy perspective “the Forest Service allows fracking on forest lands throughout the country. We didn’t want to make a policy decision or change policy related to fracking. This decision is about where it’s appropriate to do oil and gas leasing.”

Nevertheless, the decision to approve fracking within a federally protected national forest leaves many in the U.S. feeling that no place within the country under federal protection is safe from the gas and oil industries. The National Forest Service will make 16% of the George Washington National Forest open to the mining practice.