Hydraulic fracturing has been outlawed in Denton.

Denton, a north town in Texas, has become the first city in America’s top crude producing state to ban fracking, a decision that was reached Tuesday when voters of the town approved to prohibit the controversial mining practice.

Denton is located within the Barnett shale formation.

This makes the city’s ban quite significant because the Barnett shale formation is where fracking was first developed. Reuters reported that Earthworks energy program director, Bruce Baizel, said that “Denton, Texas is where hydraulic fracturing was invented.” Biazel added that “If this place in the heart of the oil and gas industry can’t live with fracking, then who can?”

As such, the vote in the city, which has a population of 123,000, was incredibly symbolic. Polls revealed that of the 25,376 ballots cast, the measure to outlaw fracking passed with 58% in favor of the ban.

Denton residents against hydrofracturing say that their lives and homes have been negatively impacted by the gas extraction process, which is noisy, overwhelms roads with significant truck traffic and depletes scarce water supplies.

According to Reuters, on Wednesday, the state’s energy lobby, The Texas Oil & Gas Association, filed for an injunction. A former head of the Supreme Court of Texas and now the trade group representative argued that “a ban on hydraulic fracturing is inconsistent with state law.” 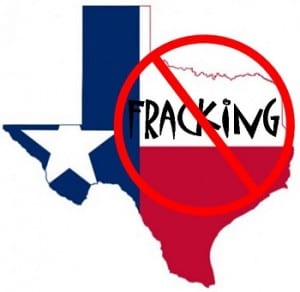 Furthermore, the executive director of the Barnett Shale Energy Education Council, Ed Ireland, said that essentially what has been banned is drilling. He added that “No one would try to drill a well if they can’t frack it.” Denton is home to approximately 270 wells.

On the other hand, environmental groups against fracking feel that the results gave the oil and gas industry a wakeup call. However, these green groups still have a long way to go, as many measures similar to the one in Denton failed in other counties and cities.

According to local media reports and official results, outside of Texas, there were also votes on fracking bans that took place in California and Ohio. In California, San Benito and Mendocino counties voted to prohibit the practice, while Santa Barbara County rejected a ban. In Ohio, Athens approved a ban and Youngstown, Gates Mills and Kent voted against them.