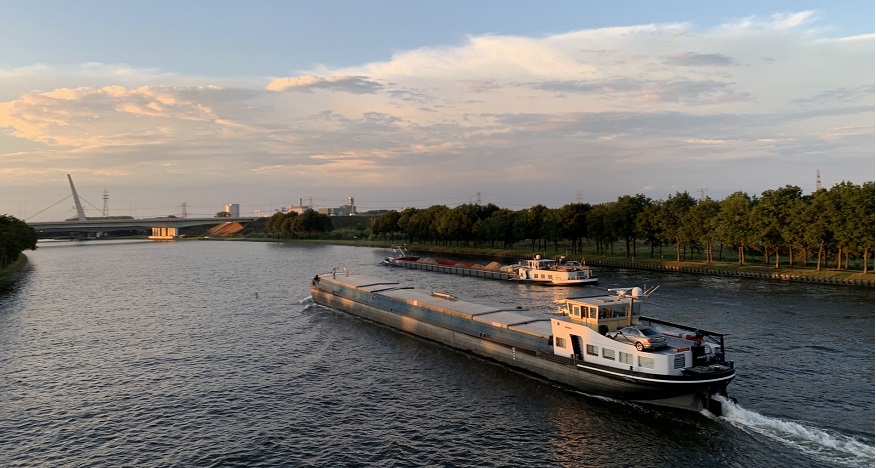 The order has been placed for the waterway vessel that will be the first to be powered by H2.

The goal of the project is to develop a new generation of inland shipping that will operate with zero emissions.

The new fuel cell inland barge will also be used to demonstrate the use of zero-emission fuels in shipping and is meant to help accelerate broader use of H2 use in shipping overall. Last March, a similar project from a competitor was announced. That case, however, involves a vessel that will be retrofitted to operate on hydrogen.

The new vessel Lenten Scheepvaart has ordered will be named MV Antonie. It will be 442 feet long and will weigh 3,700 tons. The vessel will be designed for the journey from north of the Netherlands to Botlek in the Port of Rotterdam. It will be transporting salt and will use fuel cell propulsion combined with a new hydrogen storage approach. It is slate to begin operation in 2023. The H2 used for this purpose will be supplied through the Delfzijl plant.

The hydrogen fuel cell inland barge concept was developed as a part of a broader project in the Netherlands.

That project is the Hydrogen Coalition for Inland Shipping. It seeks hydrogen fuel cell development and to develop key components ranging from connections to converters and from interfaces to hydrogen storage. Project researchers have been focusing on solidifying the vessel components’ fuel cell electrical configuration for power, interconnection, size, and operations in the development of the battery pack, connections, control systems, propulsion machinery and alarms.

“Greening the inland shipping sector is something which we feel passionate about, and we will continue to work towards this goal. I believe there will not be one single way to reduce emissions in our sector, but a number of approaches. Hydrogen is likely to play an important role in the achievement of zero emissions in inland shipping. Lenten Scheepvaart are to be commended for taking this leading role,” said Chris Kornet, CEO at Concordia Damen.