Fuel cell vehicles may benefit from lack of competition

Fuel cell vehicles will be entering the commercial market beginning in 2015 and these vehicles may be able to find more success than some may think. Vehicles equipped with hydrogen fuel cells have yet to garner any significant popularity. These vehicles tend to be more expensive than their traditional counterparts, due to the high costs associated with fuel cell technology, and they do not have the support of a widespread fuel infrastructure. These issues may not be as problematic as they seem, however, due to the lack of competition they may see in the market.

Japanese automaker Toyota has announced that it will be discontinuing its electric vehicle program in California in order to invest more heavily in hydrogen fuel cells. Toyota is one among several automakers that has begun revising its interests in the clean transportation space. These automakers have plans to produce fewer battery electrics, developing vehicles that are equipped with fuel cells instead. Because of this, the competition that fuel cell vehicles are expected to see in any given market is likely to fall. 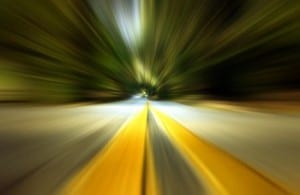 Fewer battery electrics could create a favorable environment for fuel cell vehicles. The demand for zero emission vehicles among consumers has risen significantly in recent years, but consumers are looking for vehicles that boast of high performance and fuel efficiency. Conventional battery electrics are somewhat limited in terms of efficiency and performance, but this is not the case for fuel cell vehicles. Consumers may find that these vehicles are more suitable to their transportation interests.

Automakers are increasing EV production in China, which could create more competition for fuel cell vehicles in Asia

Toyota is not abandoning traditional electric vehicles entirely, of course. The automaker has begun expanding its electric vehicle production in China, where clean transportation has become a priority. Other automakers are following suit, which could make China a relatively difficult market for fuel cell vehicles.