Residential energy has taken a step forward in Germany this week thanks to fuel cell technology developed by Elcore. The company specializes in designing highly efficient fuel cells that can be used for various purposes, including powering homes and businesses. This week, The Aberl family activated one of the company’s acclaimed Elcore 2400 fuel cells in their four-bedroom home located near Munich. The fuel cell is capable of handling the family’s base load energy needs, producing 300 watts of electrical power and 600 watts of thermal output for heating purposes.

The family’s home was equipped with an Elcore 2400 fuel cell on the suggestion of Schroter Haustechnick, a company that was conducting a renovation of the home. The fuel cell was acquired from Elcore as part of the ene.field project, which promotes the use of renewable energy systems in homes throughout Europe. The project has brought many fuel cell systems to homes in Germany and has been collecting data concerning the benefits of these technologies in order to provide more information to homeowners interested in clean power. 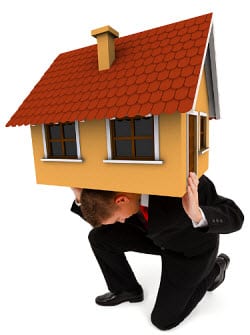 Fuel cells have become quite popular in Germany, though mostly in the transportation sector. Homeowners typically opt for solar energy systems when they look for ways to reduce their use of fossil-fuels. The Germany government has shown a great deal of support for fuel cells and their use in a new generation of vehicles. The government has also devoted a significant amount of money to the development of a hydrogen fuel infrastructure capable of supporting these vehicles.

While fuel cells have won favor in the transportation space, they are gaining more attention as a residential energy system. Fuel cells are already widely used in many industrial sectors and have proven that they can produce large amounts of power without producing any harmful emissions. Moreover, the fuel cells are durable and can generate electrical power independent of any existing energy grid, making them especially useful in the event of a major natural disaster.