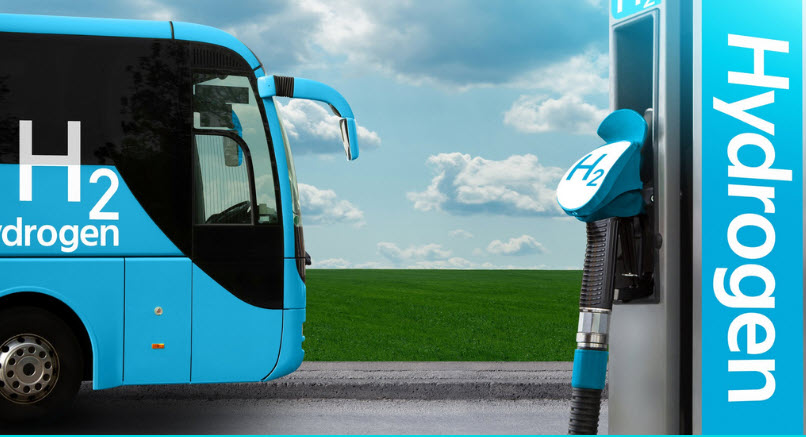 Officials are considering the renewable energy source as a diesel replacement in some areas, too.

A new wave of Pacific Northwest industry and government officials are getting onboard in taking a closer look at hydrogen fuel as a diesel and gasoline alternative. To start, the idea isn’t to replace those fossil fuels altogether. Instead, the goal is for a gradual transition, starting with certain applications.

H2 is being considered at a viable way to replace certain fossil fuels with emission free options.

Among those diving into this investigation includes state legislators, over half a dozen transit agencies, and the Columbia River Gorge Boeing drone subsidiary. Last week, there was a Kitsap Transit demonstration tour using a diesel and gasoline alternative vehicle in the form of a hydrogen fuel cell electric bus. It headed down the region’s Interstate 5 corridor, stopping at a number of different large and small locations.

“We’re studying all of these opportunities to try to determine what is the best path for our community here to a cleaner environment,” explained Intercity Transit General Manager Ann Freeman-Manzanares. She spoke in Olympia when one of the H2-powered buses stopped there last week.

Hydrogen is viewed as a top gasoline alternative because, among other reasons, it does not produce greenhouse emissions.

As promising as H2 is for transit buses and other larger vehicles, they can be comparatively more expensive to purchase as buses than battery electric or diesel technology. While they do present a spectrum of advantages, officials across the Pacific Northwest are taking the time to test and understand the technology and what it encompasses. In this way, it can be better determined whether it provides a better value than other options.

Among the advantages seen in the Pacific Northwest with regard to using these buses powered by H2 is that they have a much longer range than battery electric buses. Aside from that H2 refueling requires substantially less downtime than batteries need for recharging. This helps to explain why fficials see this diesel and gasoline alternative as an option with substantial potential when compared to certain other reduced emissions or emission-free options.