General Electric’s GE Fuel Cells unit has announced that it is building a new pilot factory in Malta, New York. General Electric has been showing a great deal of interest in fuel cells recently, especially as these energy systems become more popular in transportation and industrial sectors. General Electric believes that fuel cells are quite promising as primary energy systems, but current technology may not be sufficient enough to meet the energy needs of several sectors in an efficient manner.

GE Fuel Cells will be building a pilot factory that will be responsible for the development of fuel cells that make use of natural gas rather than hydrogen. A fuel cell can potentially convert 65% of energy in natural gas to electrical power through its chemical processes. GE Fuel Cells believes that this can be upped to 95% through the use of new technology. The company’s fuel cells are expected to produce as much as 10 megawatts of electrical power.

Natural gas may be an inexpensive alternative to hydrogen 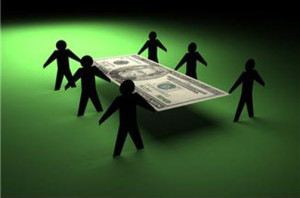 Acquiring natural gas is not an easy or safe process

Natural gas may be less expensive than hydrogen currently, but it is significantly more environmentally hazardous. Natural gas is a fossil-fuel, and its use produces carbon emissions. Moreover, extracting natural gas from the earth is an environmentally damaging process, wherein liquid is pumped into the earth in order to create fractures that release gas. This process, often referred to as “fracking,” introduces toxic chemicals to the environment that have been known to seep into water reservoirs.