GE has high hopes for wind power in Japan 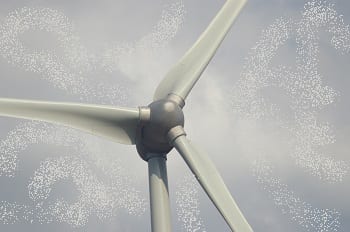 General Electric believes that Japan could have vast wind energy potential that has not yet been tapped into. The country has been working to embrace various forms of clean power in the wake of the 2011 Fukushima nuclear disaster. This disaster caused Japan to distance itself from nuclear energy, looking toward others forms of clean power to fill the gap. Thus far, solar energy has become one of the most popular forms of clean power in Japan, but wind power may hold more promise for the country.

In order to tap into the country’s wind resources, General Electric has developed a new wind turbine that is meant to withstand the typhoon-strength winds. The wind turbine has an energy capacity of 2.85 megawatts and has been designed to operate in the weather conditions that are specific to Japan. General Electric believes that energy diversity has become a top priority for the Japanese government. As such, the government is beginning to expand its focus in the renewable energy sector, moving to embrace more than just solar power.

Solar power currently receives 97% of the energy subsidies being offered by the Japanese government. Wind energy only receives approximately 1.1% of these subsidies, with the rest going toward hydrogen fuel cells and other forms of clean energy and technologies. Japan has been slow to show favor for wind energy due to environmental concerns. Wind projects must undergo review processes that are meant to determine what impact turbines will have on local environments. This makes the development of these projects quite slow and expensive.

Japan has vast wind resources that have received little attention

The Japan Wind Power Association estimates that the country has approximately 144 gigawatts worth of onshore wind capacity available and 608 gigawatts of offshore capacity. Currently, the country is only tapping into 2.7 gigawatts of this capacity on both land and sea. General Electric believes that new wind turbines could help Japan become more accommodating of wind power in the future.