The Southeast Asian country has incredible geothermal power potential but very little of it is used.

It is approximated that there is about 29 gigawatts of electricity that can be produced via geothermal energy sources in Indonesia, but only about 5%, or roughly 1,340 megawatts, of the country’s geothermal resources are currently utilized.

By the end of 2014, three new geothermal plants will be operational.

The country’s full geothermal capacity is expected to reach 1,405 megawatts in 2014, as the three new plants are set to generate a total of 62 megawatts of power. Furthermore, the Indonesian government would like to issue a new law that would make it less difficult for investors to gain access to the country’s massive geothermal power potential. The law would help Indonesia to develop and grow its potential in regard to this renewable resource, by eliminating many of the present obstacles, increasing development and driving investments by offering an improved legal framework. 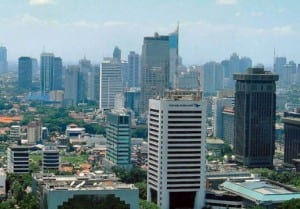 One of the chief aspects of the new legislation would be to eliminate from the mining activity category geothermal exploitation and exploration. This would enable the development of projects within forested areas that are currently off limits. These restricted forest areas are home to almost half (approximately 42%) of the country’s geothermal resources.

A revision to the geothermal energy tariff pricing regime was recently issued.

The revision was issued by the Indonesian Ministry of Energy and Mineral Resources, in conjunction with the new geothermal law. The Ministry’s Regulation No. 17 of 2014 (“Regulation 17”) clarifies that the state electricity regulator (PLN) is responsible for building transmission lines to link with geothermal projects. PLN has also been given the task under Regulation 17 to set up a “model” power purchase agreement (PPA) for these projects.

It is the intention of the country’s government to make better use of its renewable energy sources, so it can lower its dependence on costly and exhaustive fossil fuels. Renewable power is an incredibly important benefit in Indonesia’s energy mix. Exploiting its geothermal energy resources will help the country in its ambitious efforts to achieve its clean energy goals.